German LNG – Just Around the Corner

Germany is not only the EU’s largest gas consumer but is also a large gas transit state. As of 2019, 27% of the gas imports into Europe (80 million tons LNG) came through LNG processing. There are reasonable grounds to expand the LNG industry further. Germany provides a favourable environment for the gas sector, and it is estimated that between 10 billion cubic meters and 22 billion cubic meters of additional LNG import capacity could be added. 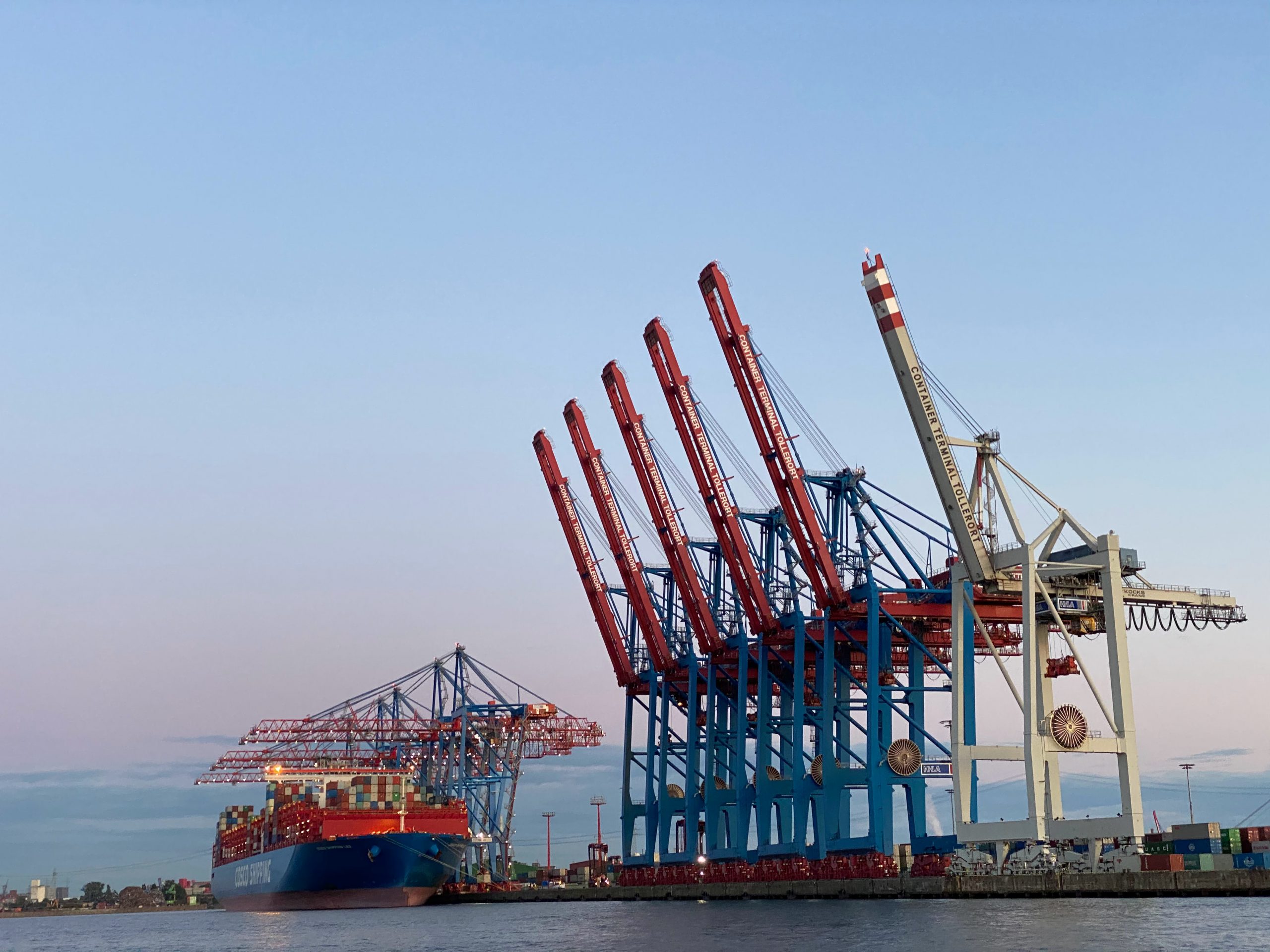 Photo by Jacob Meissner on Unsplash

Diversifying the delivery routes for natural gas would be necessary to progressively shut down the familiar to the German energy balance between nuclear hard coal and lignite power generation. The LNG facilities will be the frontrunner of improving competition in gas supply and security. An additional aspect would be environmental sustainability. Germany’s natural gas consumption exceeds 25% of the total EU gas demand, and less emission-intensive LNG would be a good opportunity and an additional entry point. On account of this, the projected terminals in Germany would be taking the lead for importing climate-neutral liquid energy sources. This would make a significant change, and the cost-efficient energy supply and the ambitious climate protection would be all put together.

The year 2021 and the upcoming winter season are expected to bring severe repercussions for the European energy sector. 80% of total imported natural gas is imported through pipelines, as opposed to roughly 20% as LNG. Therefore, due to the high dependency on pipeline gas, Europe needs more LNG terminals more than ever, particularly in Germany.

Under European and German law, an LNG terminal is subject to tariff and network access regulation. The Federal Network Agency is the independent German regulatory authority that sets tariffs and network access rules where possible for LNG facilities to be exempted if the investment improves and boosts up the competition in gas supply. The Brunsbuettel (German LNG Terminal GmbH) Terminal is on its way to achieving exemption from network access. After constructive discussions with the German regulatory authority and submitting an application for exemption from tariff regulation under section 28a of the German Energy Industry Act (EnWG), the German LNG Terminal GmbH has received the draft exemption decision from the Bundesnetzagentur. German LNG Terminal GmbH is exempted from the network access and tariff regulation, applicable for up to 8 billion cubic meters per annum only, where it will be in force for 25 years.

Germany’s ‘road map’ for LNG import terminals directs its attention to (Brunsbüttel) Hamburg, Wilhelmshaven, and Stade. Going through the COVID-19 waves, the entrepreneurial spirit within all sectors has been blindsided, and the LNG industry has been no exception. The LNG projects in Germany have also been delayed.

The construction site of the Terminal is in Brunsbüttel, in the greater industrial and economic zone of Hamburg. It is considered the most promising among all proposed projects in Germany (Brunsbüttel, Wilhelmshaven, Stade, Rostock), especially after the cancellation of LNG Wilhelmshaven, which unequivocally will make Brunsbüttel even more appealing to suppliers. In addition, the Terminal will step up for taking a major role in the logistic chain for the LNG supply for bunkering LNG ships in Hamburg.

Due to the pandemical situation, the expected start-up has been put off from the end of 2022 to the second half of 2024 the earliest to be fully operational. As of this date, the development has reached a milestone by applying for planning permission.

The favourable geographical proximity to the nearby port of Hamburg as well as the industrial companies located in the region offers an attractive business environment, where the Scandinavian countries and the Baltic States can be easily reached via the Kiel canal.

The shareholders in the joint venture behind the Terminal (i.e., German LNG GmbH) are Oiltanking GmbH, N.V. Nederlandse Gasunie and Koninklijke Vopak N.V. The aim of the joint venture is namely to work on building a multifunctional import and distribution terminal for liquefied natural gas.

Тhroughout the feasibility study for the Terminal, MOU with external stakeholders have been signed and several other market players are about to. This also marks out the most apparent advantage of the Brunsbüttel Terminal in comparison to others.

The capacity contract between the Terminal and RWE getting hold of a considerable part of the terminal’s capacity (5 BCM) on a long-term basis is a typical example. The LNG supply deal was signed as well, where Woodside Energy will secure the firm LNG supplies to the regasification plant.

Some of the main functions include span across berthing/unloading, LNG loading onto trucks or rail tank cars, temporary storage, regasification, and transmission.

In the end, Brunsbüttel should be taken very seriously not only because of its ample regasification capacity, but equally importantly, because of its envisaged major role as the port for the highly desirable hydrogen.

The Hanseatic complex is conveniently located at the Elbe River, with access to the North Sea and the Port of Hamburg. The planned annual capacity for 12 BCM per annum makes it the largest LNG plant under consideration in northern Germany.

The expected start-up is planned to take place in 2026, where the investment cost for building this Terminal would be around US$567 million.

Hanseatic Energy Hub GmbH is behind the project and is responsible for its development, planning, construction, financing likewise the operation of the Terminal.

The optimal send-out capacity could reach over 12 billion cubic meters, the containment system consists of two tanks with a total volume of nearly 500 thousand cubic meters of LNG. Similar to Brunsbüttel Terminal, the distribution facilities here would be ready to use rail tank cars, barges and trucks.

Throughout the feasibility study for the Terminal, Hanseatic Energy Hub(HEH) started an industrial partnership with Dow Chemical and Fluxys, together with Buss Group and Switzerland’s Partners Group. What distinguishes this plant from the others is that, by using the waste heat from the Dow’s chemical processes used for the further regasification and thus reducing the CO2 emissions during the LNG processes.

Another door could have been opened to the low-carbon LNG supply chain attained through the partnership with GNL Quebec (Liquefaction facility in Canada) and making a clear path for alternative lower-emission fuels to reach Germany. Unfortunately, the LNG facility in Canada did not get approval and as of this day is cancelled.

The provided terminal services(logistics via rail, road, small LNG ships and barges) will turn the Hanseatic Terminal into a major LNG distribution hub.

Among the proposed LNG Terminals, there was an opportunity for a small-scale LNG project in the port of Rostock, Germany. The joint venture behind the construction of the Terminal was 49% and 51%, Novatek and Fluxys respectively. The main concept for this Terminal is namely to fill a specific market niche and having in use entirely Russian gas.

This project has been abandoned at the very first phase, surprisingly it is not due to the lack of interest, it was rather the opposite, a ‘constructive support’ was shown from the stakeholders.

Perhaps, an explanation would make sense in the hard times for the Energy industry, as a result of the heavily impacted market powers by the Covid spread.

The second site where the project will not be brought to a close is Wilhelmshaven port. LTeW GmbH — a fully-owned subsidiary of Uniper is in control of the project development. The FSRU only will be owned and operated by the company — Mitsui Lines. The estimated cost of the entire project is $725 million.

Here, the crucial factors for abandoning this project appear to be the lack of interest in the long run along with the climate issues and the more desirable ‘green molecule’. According to Uniper’ s Corporate spokesperson — Georg Oppermann, they switched their focus to hydrogen, in a way that ‘Wilhelmshaven LNG’ turns into ‘Green Wilhelmshaven’ to act as a central hub for climate-friendly hydrogen. In the matter of the Project lifecycle, they are currently right in the middle of the feasibility study. Ideally, there will be an ‘ammonia cracker’ installed to have production capacity for ‘green’ hydrogen bolstered by a 410 MW electrolysis plant, so that in the end Uniper could contribute to a common European hydrogen market.