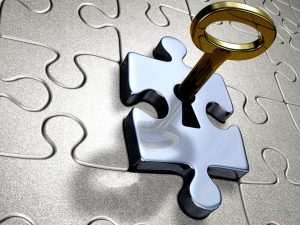 I recently had what I originally considered a fairly low challenge project – implementing gas deal capture at a European power and gas trader. Since I have implemented gas a few times, this was looking unpromising. A small catch: I used to set up trading on TTF, NCG, Gaspool, NBP, etc. – all more or less established and somewhat standardized markets. My customer operates in Central, Eastern, and Southern Europe – Croatia, Hungary, Slovakia, Romania, Italy, and Spain – mostly less liquid and less standardized markets. A few surprises awaited me there and below is a summary of the nicest ones.

It is not possible to have different MWH units! Right?

This one leaves me still feeling uncomfortable :). I thought that a MWh is a MWh however you look at it – after all it is a measure of energy, and 1 MWh energy should be 1 MWh energy in any case. Well, a few TSOs beg to differ. I configured units like MWh NCV and MWh GCV (Croatia and Hungary), as well as MWh 0⁰C and MWh 15⁰C (Bulgarian/Greek border – apparently 1 MWh in my home country is different from one in our southern neighbors – and there is an official document guideline to prove it for disbelievers like me). Of course, we don’t have to forget the Joules NCV and Joules GCV and all Kilo-, Mega-, and Giga- variations (Hungary used to settle things in Joules, some legacy contracts remained).

Just when I was coming to terms with the new units, we got to the regulated fees. To keep a boring long story short, I will just point out my favorite: gas odorization fee in Hungary, which is priced in liters, with a norm of liter per cubic meter, paid on deals in MWh or – to spice things up a bit – in Joules or any variations of the two. The norm differs in summer and winter and the definition of what is summer and what is winter also differs year on year. Enjoy!

Location setup should be easy – anyway most of the trading is on the hub! Right?

Another fun topic was setting up the delivery structure. There is a surprising number of physical locations in the central European markets. There are hubs (occasionally), but in this case money was very literally made at the frontiers – there is a huge number of border and exit points where trading happens. And while trading on the virtual hubs pools liquidity and standardizes, the desire to make things more comfortable for customers and to avoid licensing costs pulls trading towards exit points and border points between exit and entry.

As a bonus on this topic: try to spell and then pronounce Drávaszerdahely and Átköto vezeték 🙂

Pricing and ToP clauses were another aspect that tried to fry my brain before we got close to a solution. Flexibility with pricing was a priority and cases with gas indexed prices, fixed prices, and oil-indexed prices within the same contract were not very rare. Also, you could see multiple currencies for each of these pricing logic and there were several unsuccessful attempts on the way to agreeing on and then calculating the correct FX exposures. Of course, ToP clauses could be different for the quantities priced by the different pricing logics as well.

All in all: CEE and SE gas markets pose a very beautiful challenge – I am excited to see how they develop and help out new customers along the way. 🙂